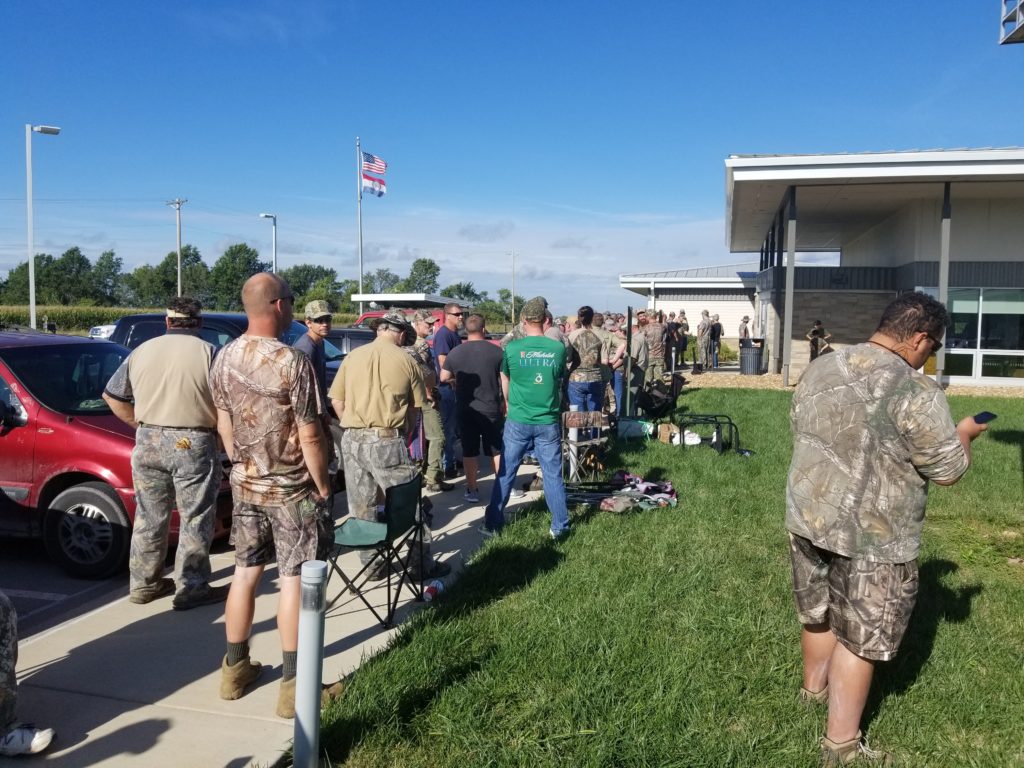 Every year, there is great anticipation for the dove hunt at James A. Reed Memorial Wildlife Area near Lee’s Summit, MO. The area touts great wheat and sunflowers on an annual basis. You can expect to see lines out the door of anxious hunters hoping to grab a spot in their favorite field.

During my scouting, field 63 was the place I wanted to be. There were literally hundreds of doves flying the day before hunting was allowed on September 4th. I showed up at 9:45am thinking I was getting there early enough. Boy was I wrong. The guy in front of picked the last available spot for 63, so I was forced to make a decision to go somewhere else. I chose field 57, which didn’t have as many sunflowers on the ground when I walked it previously.

Luckily, it usually doesn’t matter a whole lot where you hunt the first two days at Reed because there are birds everywhere. My girlfriend, Sami Thomas, and I made it out at 2pm on the 4th and picked our spot. Shooting was already going on all around us. 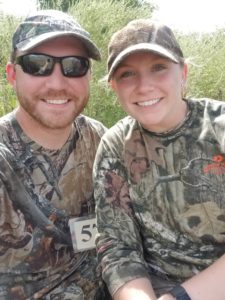 It wasn’t long before we got in on the action, too. We had several birds down before a short downpour of rain interrupted the hunt. There was a large system moving through the area and unfortunately we didn’t come too prepared with rain gear. The doves didn’t fly during the rain, but as soon as it stopped, they were out in full force.

By 5:30, I was up to 14 birds, and unfortunately ran into a string of bad luck trying to get my 15th. Sadly, I think I went through an entire box of shells to finally get the last one.

The cool thing about hunting James A. Reed is that hunters have a much better chance at taking a “banded” bird. They band many of the doves on annual basis right there at Reed. My 15th bird should have been my second of the day, but another hunter that was having a difficult time downing some birds shot at the same time I did. I elected to let him have it since I was so close to a limit. When he raised it up and shouted it was a banded bird, I slightly second guessed my decision. But he deserved it too!

My good friend, David Gray, who was lucky enough to grab a spot in field 63, also downed a banded bird as well. Both of ours were banded at Reed and born in 2018. 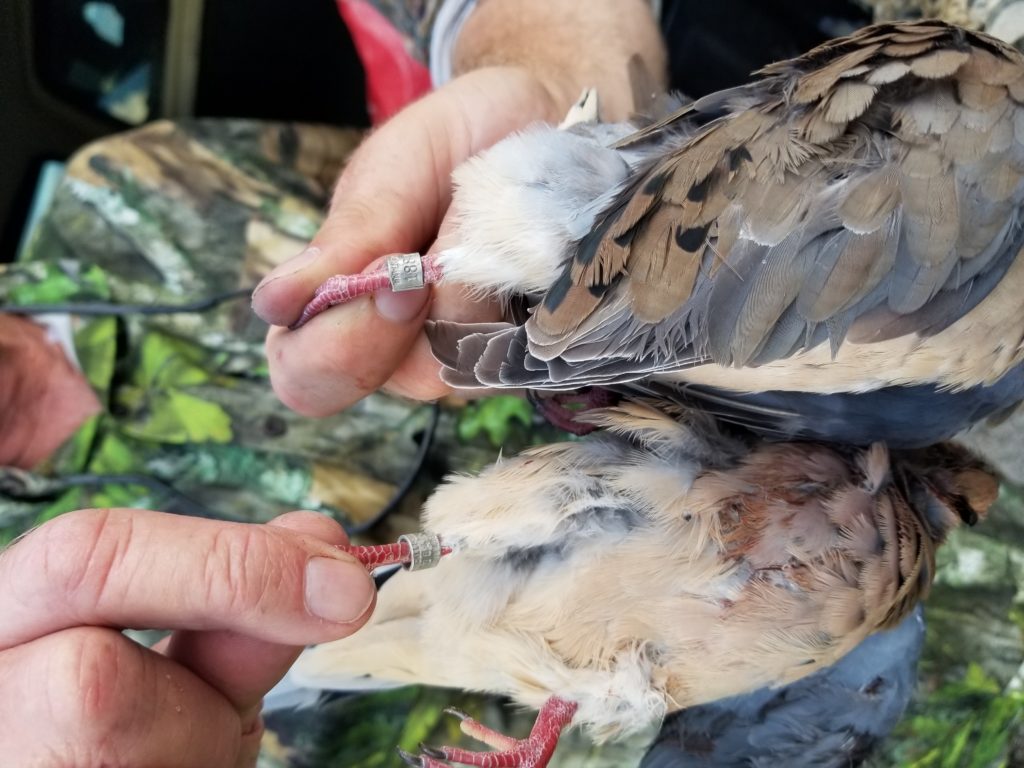 Many people think that the first two days at Reed are the only good days of the year before all the doves get blown out from the hunting pressure. They aren’t wrong, but it doesn’t hurt to check back in the area later in the season. Sometimes a new flock of birds arrives ahead of a cold front.

Five days later I returned to a different field after hearing reports of more birds and limited out even faster than I did the first day. There were also some large flocks of pigeons flying around, which are not protected by the Missouri Wildlife Code. You can shoot those too and they are just like a giant dove. 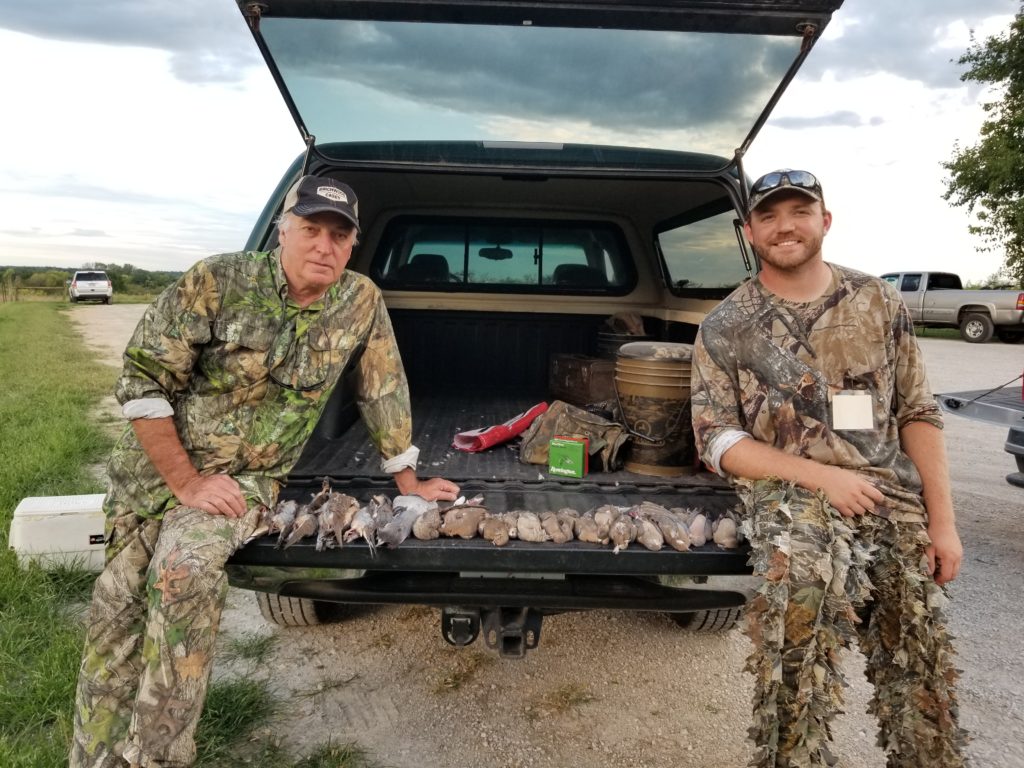 Keep in mind, you must check in ahead of time at the main office before going out to hunt any of the fields at Reed. When you are done hunting, you must turn in your card that records the number of doves you shot. You must also have a plug in your shotgun while hunting. Unfortunately, hunting isn’t allowed in the morning, but you can start at 1pm until sunset.

Good luck out there and be sure to check all hunting regulations to make sure you are good to go!