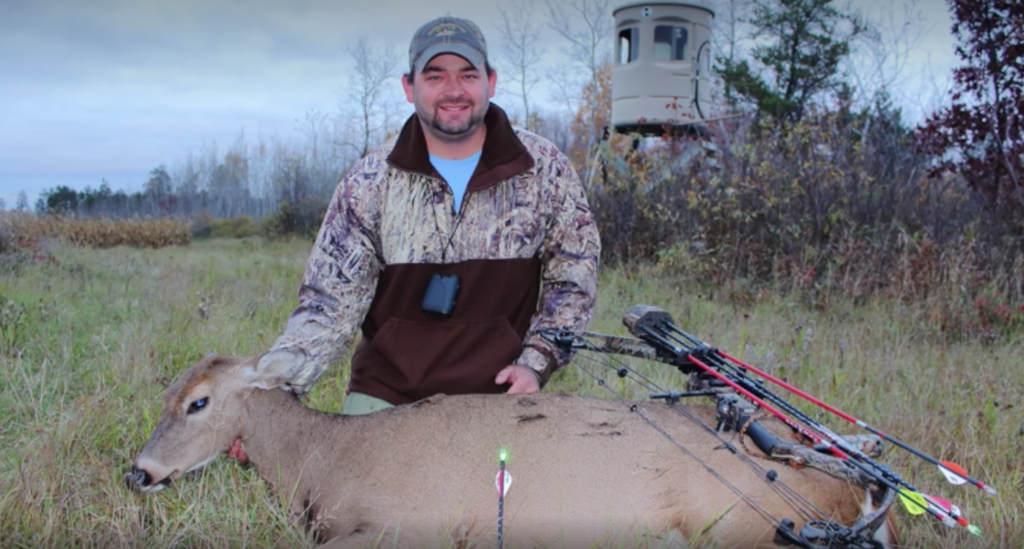 Back in early October, I made a trip up to Minnesota to visit my cousin, Ryan Mahoney. Our plan was to target muskies a majority of the time, hoping to snag into a monster feeding his appetite before the upcoming winter. We landed some small northern pikes, but after a couple of days on the water in snow and cold temperatures, it started to feel like deer hunting weather over fishing weather. Our limited number of muskie encounters convinced us to bust out the bow and head to the woods near Bemidji for some Minnesota deer hunting.

While the decision to deer hunt was somewhat spontaneous, we still had the right gear. Well, the right gear to be able to sit in an enclosed blind, that is. Although we didn’t take the normal scent elimination precautions we normally do, the decision to hunt paid off. In just about an hour, Ryan Mahoney arrowed his first archery deer in 3 years, all on film! You’ll seee on the video that the first shot was a little high. The doe ran off, but made her way back in range to present a second shot opportunity shortly after. Although I had my doubts after the first shot, we were lucky when she ducked right into his arrow on the second try, dropping in her tracks! Check it out! – Tyler