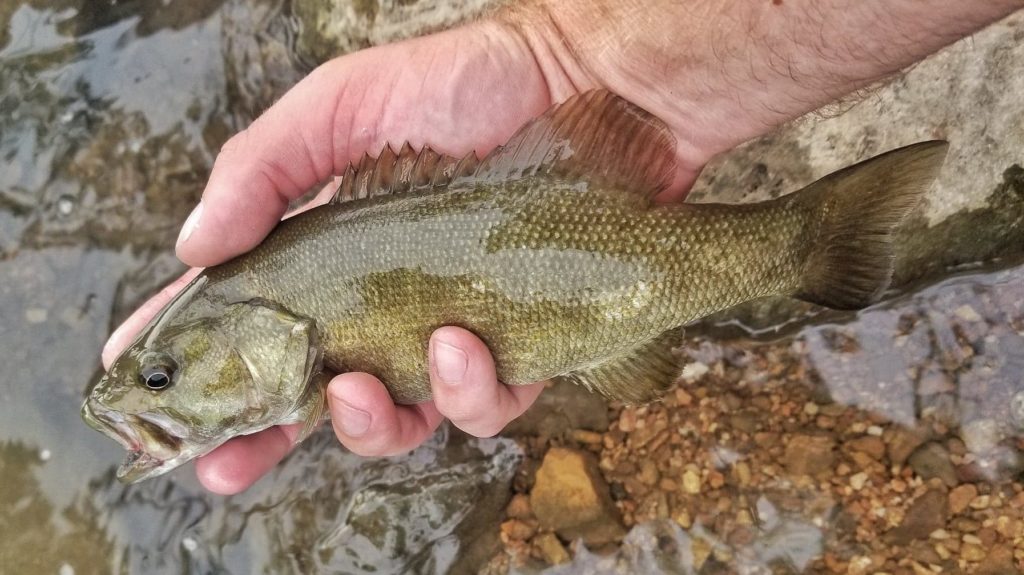 I travel an awful lot for my day job. As a medical sales rep, I travel across Missouri and Kansas frequently (70k miles in last 15 months to be exact…ugh). The driving can get old, but I try to have some fishing gear with me everywhere I go. I was in Joplin, MO recently and discovered a good smallmouth fishing spot while I was in town.

I started by asking a couple of my buddies for some tips on where I might try. Paden Bennett, founder of the That’s a Good Fish brand and Ryan Walker, founder of the Ozarks Smallmouth Alliance, both recommended I look at Shoal Creek.

A quick google maps scouting session helped me pinpoint a spot that looked like a good access point. There appeared to be deep holes and water flows the fish might be sitting near. Grand Falls was the place to be, I decided. 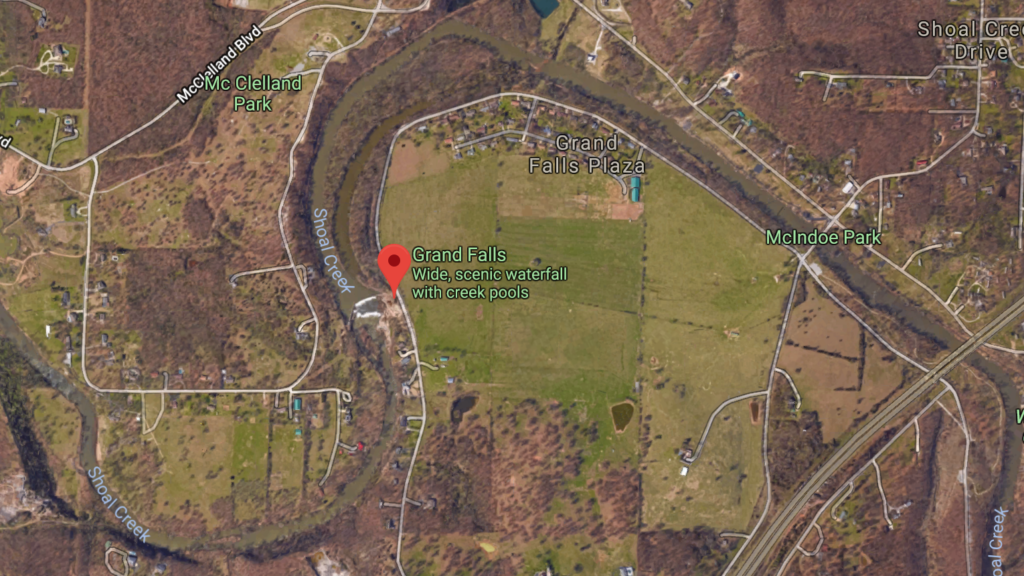 I arrived about 7pm and there were a lot of people around in the main hole below the falls. There had to be fish sitting in there, but I moved downstream due to all the activity. I fished some timber and eddys that looked real fishy. It only took a few casts and had my first smallie on the bank. As a proud supporter of the Ozarks Smallmouth Alliance, I was happy to #freethefighter and let him swim back to his home to fight another day. My Ned Rig produced several more smaller fish as the night went on.

Near sunset, the crowd cleared and I made my move back to the main hole. It was hard to believe you could find such truly breathtaking scenery so close to town and so easily accessible. 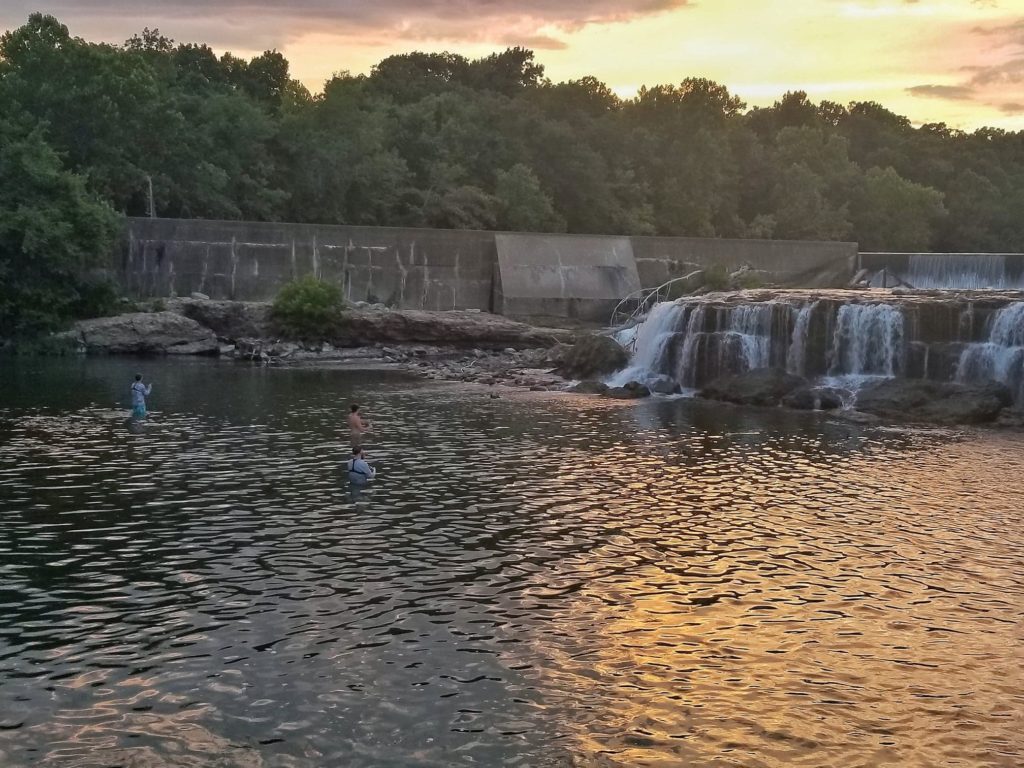 There were a few younger guys with some GoPros strapped to their chest throwing whopper ploppers up close to the falls. I thought they must know something I don’t, but I honestly didn’t see them catch a fish. 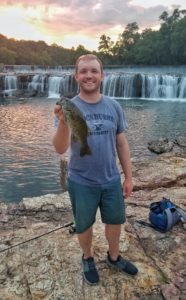 I stood up on a rocky bluff behind them and casted my Ned Rig out as far as I could and found a hole that started producing fish on cast after cast. The most I got in a row was five. A lot of the fish were nice quality too, hovering around the 12-13 inch mark.

Luckily, I was able to have someone snap a quick photo of me as they were heading to their vehicle.

If you’re going smallmouth fishing near Joplin, I definitely recommend this spot. Come prepared with some dirty tennis shoes you don’t mind getting wet. There will be some places downstream you’ll want to fish to kill some time before the crowd clears. That’s when you can make your move back to the falls. I was throwing a Ned Rig with the small Z-Man finesse TRD worm in California Craw pattern. My jig head was a 1/6th oz. It was non-stop action the last 45 minutes and I could not have had more fun during an evening of work travel.