Thanks for reading the Mahoney Outdoors Turkey Journal, where you’ll find stories, notes, and observations from our hunts across the Midwest. This journal entry covers the hunt for my second bird of 2018, and thankfully it didn’t take long! 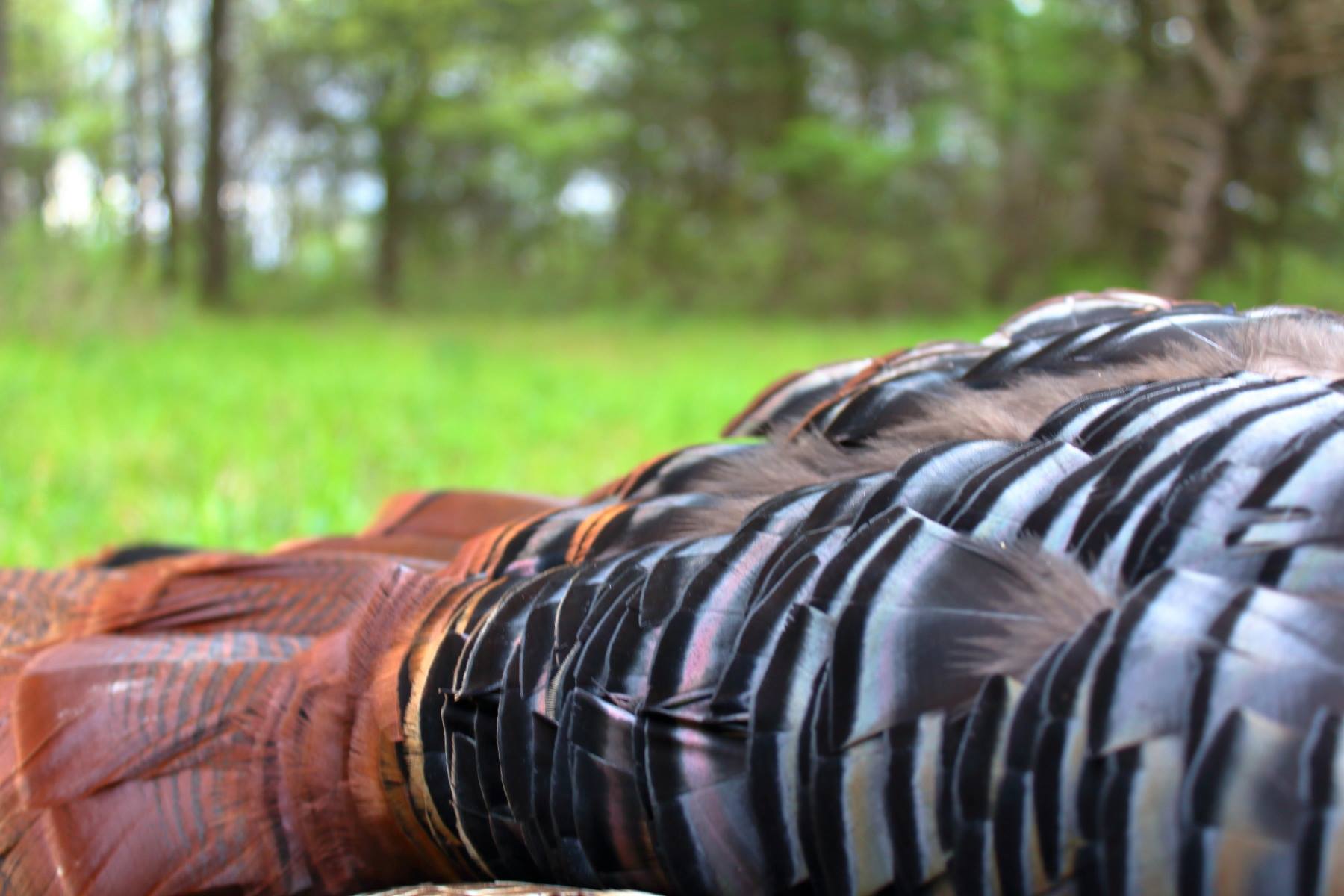 Every time I try and sneak in a hunt before work, I always think to myself there’s no way I’ll get it done. There just won’t be enough time! They’ll get henned up and I won’t be able to wait until 9 for them to start roaming again. That same thought has crossed my mind the last several seasons on three different hunts where I knew I only had until 7:30am to hunt. Somehow, I’m 3/3 on these hunts, so maybe I should try sneaking in a few more!

The morning was cool, but not cold, with temperatures in the upper 40s. The early morning was very calm with no wind, making it challenging to move through the woods without making noise. Luckily, I heard some gobbling the night before around 8:45pm and had a general idea of where they would be. Of course, once I arrived to my spot in the morning, they were gobbling a few hundred yards to my north. (When my hunt was over, I would rate the gobbling activity as fair to good amongst the ones we could hear. They gobbled well on the roost, but slowed down significantly after coming down.)

My dad was positioned a little ways off and used the gobble call to challenge a tom that began sounding off around 5:15am. Definitely the earliest I’ve ever heard a gobble! He was deep in the heart of our timber and fired up. There is no doubt in my mind he gobbled several hundred times, making it easy to get within 100 yards of him in the timber. My dad kept him going, allowing me a chance to move in.

I found my spot in the crook of an old tree halfway up a “coal dump” hill overlooking a flat, brushy area. Our property is filled with these short, but steep and rolling hills created by coal miners working the area many decades ago. Another gobbler was coming in, so I focused my calling efforts in returning his gobbles to agitate the one closest to me. I only called softly with short series of yelps mixed in with purring.

It was around 6:15 when I knew they were on the ground and closing in on my position. It was also at this time that my right leg began to fall asleep fast. There was a perfect lane of open timber for the closest tom to approach from, and I thought for sure there’s no way he would do anything else.

Wrong! One of the biggest lessons I’ve learned turkey hunting is be ready for them to do something you absolutely do not expect. Today was no different, but it was one of the biggest surprise appearances by a turkey I’ve ever witnessed.

At 6:32, the gobbler went silent. He gobbled about every 10-15 seconds the whole morning, so this meant he was either spooked or was coming in quickly. I wasn’t moving so I was confident it was the ladder.

After a few minutes, I began to doubt myself and shifted my weight a bit to slowly peak further around the hill where I thought he would approach. I thought I could hear drumming and spitting. Nothing except the mental confirmation there was now zero feeling in my leg. I wasn’t able to sit here much longer without moving.

Suddenly, I heard an alarm putt from above me! I looked up, and less than seven yards directly above me was the tom, who had pinpointed my location so well that he climbed the opposite side of the hill and approached me from behind and above. Upon seeing me shift, he quickly moved back the other direction, leaving me to chase him down. 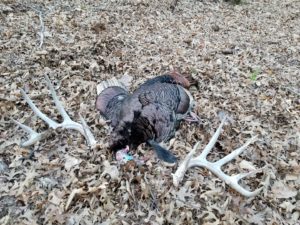 I stood up, but fell immediately because my asleep leg couldn’t support my weight. I dragged myself up the hill, falling all over, trying to reach the top before he got away for good. If anybody had seen me falling all over for the 10 or 15 seconds it took trying to regain feeling in my leg to stand while simultaneously hobbling up the steep hill, they would have never thought I was about to kill a turkey that was still less than 25 yards from me while all that commotion was happening.

Finally, I reached the top and scanned everywhere. Just as I thought the hunt was blown, he appeared one more time from behind a tree about 40 yards out. Kaboom!

My new ammo, the Winchester Longbeard XRs, proved their worthiness and dropped him dead. I couldn’t believe how things had transpired. Sometimes you need a little luck to make it all come together!

Oh yeah, I found a matched set of sheds during the hunt too. He actually fell right between them after I shot. Can you believe that?? Talk about a textbook ending! Ha ha.

The way our property works, the hens usually catch the toms in the timber and you have to wait them out before they reach the outskirts of the property where the fields are located. I changed that dynamic by becoming the hen in the timber and it worked to perfection. Well, almost.

I learned a while ago to expect the unexpected, but that tom took it to a new level. It just proves the need to think carefully, making sure to have the best vantage point in the area so they can’t pull one over on you like he did to me. I thought he would take the path of least resistance in the flat area, but it turns out he wanted to be up high to find where his lady friend was calling. His behavior makes perfect sense looking back.

Lastly, this was one of the very few birds I’ve killed in the timber. The difference between the field and the timber is tremendous. It’s much quieter in the woods typically, and the sound of the gobble echoes so deep you can almost feel the vibration. There’s something very appealing calling them through the woods instead of a field. It’s hard to describe, but the close quarters makes it feel like you’re even more on their turf playing by their rules, which makes it that much sweeter when you find success.

Tyler Mahoney is a Rockhurst University-educated outdoors fanatic. Some people work to make a living, but he works to support his hunting and fishing habits. Be sure to subscribe for more next-generation insight to the outdoors!